I Don’t Want to be a Job Hopper 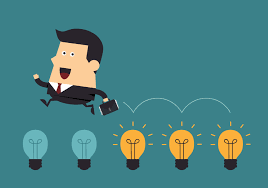 I get it.  Changing jobs too often is a concern.  Especially to recruiters. Our clients are not interested in seeing ‘questionable’ candidates from us. However, there are always exceptions.

So when I investigate this statement further, you generally mean one of three things:

Number 2 is a valid concern. When you change jobs every two years, you do reach the point where the higher-quality companies and opportunities are no longer interested in you.

There are logical reasons why you might have had a handful of job moves, but after one too many, it doesn’t matter what the reasons are. At a certain point, your judgment is in question.

Employers are concerned that when the going gets tough, you don’t have the tenacity to ride things out. Or, you’re not successful and you’re moving just ahead of being put on a plan, or in general, just not taking ownership of what you need to do to make it work where you are.

For sure, there are times when changes on your resume are valid. You relocated. The company went out of business or had layoffs. Your company sold to someone else and despite your track record of success, there were some politics involved, and you were left with a crappy territory. Or a crappy boss.  Or your company is going through some sort of transition and you’re on the third year of service issues or uncompetitiveness, etc.  The decision to ride it out or to find a better way is a tough one.  As I’ve written elsewhere, you don’t need to be more loyal to your company than they are to you. Sometimes it just makes sense to move on.

The first thought is the one I think is in most reps’ minds.  But if the first one describes your situation, think again. This is generally a much bigger deal in your own mind than the brokers’ minds.  They are not thinking about you. There are so few reps who spend ten plus years with a company that perhaps a change there would be noticed, but as far as the rest, it’s all a blur. They have so much on their mind, and so many reps calling on them from so many different companies, the last thing they are keeping tabs on is how long you’ve spent at your last company.

The right opportunity often comes at an awkward time. It certainly isn’t every time a recruiter calls you, but every now and again it is. You only recently made a move, or it’s early days and you really wanted to give this a shot, but now the opportunity is knocking.  The one you can really see yourself in for the long haul. When that happens, don’t let what you think other people are thinking, stop you from pursuing something that could be great for you. Those ‘other people’ are busy with their own troubles, their own stresses, their own life. They honestly don’t care what you do. If you make the move to the right place, good things will come and anyone who was skeptical initially will come around eventually after they’ve seen you’ve been there for years.