Is Your Recruiting Guilty of Age Discrimination?

We talk a lot about millennials when we talk about recruiting, hiring, and retention these days. And for good reason. Millennials represent the young, up-and-coming segment of our workforce population. Of course employers want to bring them into the fold. But are hiring practices so focused on young adults that they are cutting older job candidates out of the picture? 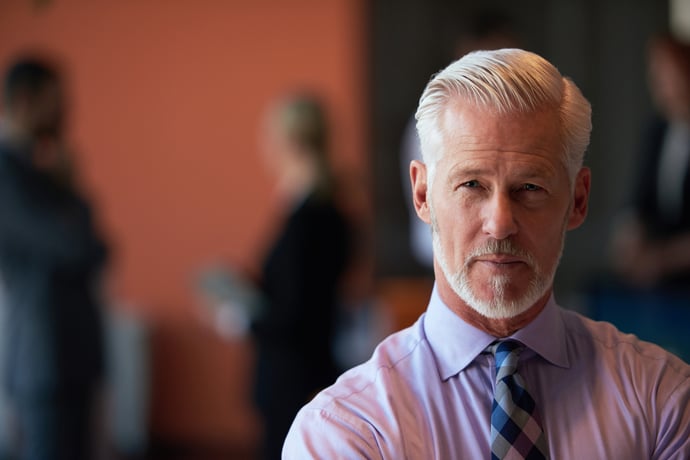 It’s a serious question, one which is receiving a lot of attention right now.

Baby Boomers may be retiring at record rates, but the truth is, many of them don’t want to retire (or can’t afford to). According to Population Reference Bureau, by 2030 more than 21 percent of the U.S. population is projected to be age 65 or older. For perspective, this has increased from about 15 percent in 2016.

Meanwhile, younger workers who are over 40 certainly want and need to keep working. That’s not easy when they can’t see opportunities to apply.

Recruiting techniques have changed dramatically with the advent of social media and other online tools, making it easier for youth-seeking employers to discriminate more subtly. No one would dream of publishing a job announcement that says, “Wanted: 18-38 year-olds.” But you can certainly target that age range behind the scenes. That effectively cuts out older job seekers because they are unlikely to ever see the posting.

For marketers, one of the great joys of digital life is the ability to precisely target messages, aimed in virtually any direction you want. Including age of the desired recipient. So perhaps it seems only natural to include age as a demographic in defining an audience for your job announcements. After all, you aren’t discriminating against a particular individual, you are defining a group. And that, says the legal community, is the conundrum.

If your recruitment practices target younger adults, does that in fact constitute illegal discrimination against older workers? Numerous lawsuits aim to find out. For example:

Facebook did sign an agreement with the Washington state attorney general’s office to stop allowing discriminatory practices that target race, nationality, or sexual orientation. However, the agreement does not include age or gender. The social giant offers a special feature you can use to actually see the audience targeting behind a given ad.

So is a hiring practice that results in de facto discrimination actually against the law? That is not clear. Expect to see more rulings and appeals this fall as court cases progress through the system. Will they produce any definitive answers employers can use to guide future hiring and firing practices? That remains to be seen.

As seen in the types of lawsuits pending, online advertising isn’t the only means employers are using to (at least theoretically) avoid older workers. Stories abound from those on the hunt for a new position. They decry “code words” and other crafty practices that, while not specifically illegal, produce the same net effect.

It is perfectly legitimate to ask candidates about prior experience. However, capping eligible experience at just a few years ensures older individuals will have “too much” experience. There are reasons other than age itself an employer might not want an “overqualified” candidate. Perhaps they hope to save money, figuring that a younger, less experienced hire can be paid a lower salary.

But does capping experience indicate the employer is looking for someone who will be only pretty good at their job? Do they fear that a really well-qualified new hire will leave soon for even greener pastures? This would seem to be a specious consideration, given that millennials are famous for job-hopping. Besides, today every employer worries about turnover. Regardless of the reason behind the problem, older workers say “overqualified” is nothing more than code for “too old.”

Older workers and hiring professionals both acknowledge another popular phrase – digital native – which can be used as code for “young.” That’s because millennials were born into the digital age, whereas older generations are often perceived to have low tech literacy or social media skills and little interest in learning.

Recruiting only at colleges or at school-sponsored job fairs also effectively ensures there will be few to no older prospective candidates.

Many applications still ask for a date of birth. Older job seekers say they would just skip such a question on a hand-written form, but with more and more companies and job sites using electronic applications, there is no way to skip a required field. The only alternative is to not apply.

The point of all these practices is the same: companies don’t have to worry about illegally rejecting older applicants if they can keep those folks from applying in the first place.

If your HR department is discriminating against older workers, you could be next in line for an expensive (and reputation-damaging) lawsuit. No company wants that. Experts suggest it’s time to identify problems and take corrective action before someone takes official notice.

What can you do?

The jury may still be out on exactly what constitutes indirect-but-illegal age discrimination. But by assessing your HR practices with an eye toward age, you can take steps to ensure your company is not deliberately or inadvertently cutting older workers out of your picture.